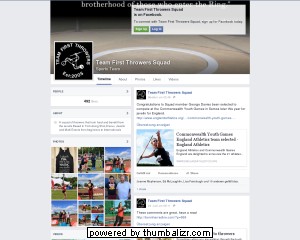 I am a Throws Coach based in York, England coaching Shot, discus and Javelin to beginners and up to International standard athlete including UK Champions and athletes that have competed for England, Wales, Malta and Great Britain. I was a discus thrower until a bad injury but have coached for 10 years and formed my squad called Team First Throwers Squad.