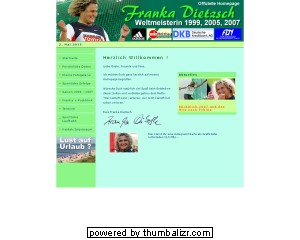 At the age of 39 she won her third world championship title in 2007 in Osaka. After spending a year away from the field due to health problems, she returned to competition at the Wiesbaden meet. She finished in second place with 61.49 metres, remaining focused on defending her discus World Champion at the Berlin World Championships.