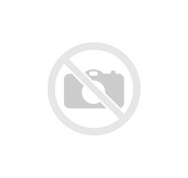 Her personal best throw is 66.81 metres, achieved on 29 July 2010 at the 2010 European Athletics Championships in Barcelona, Spain, where she won gold.

Stahl finished 3rd ath the Europeans in 2012 with a result of 63.69m. She also took the bronze medal at the Olimpics in London with a season best throw of 64.91m.

In 2014 she finally took the bronze at the Europeans in Zürich after leading the competition till the 5th round.

She grew up in Blomberg[disambiguation needed], and studies Medicine at the University of Cologne. She represents the sports club TSV Bayer 04 Leverkusen, having changed club in 2003 from LG Lippe-Süd, and trains with Steffi Nerius under coach Helge Zöllkau.