10 years ago I was at a small division III school in Ohio, on the football team, and without a coach for the throws. On a whim I reached out to an alum on facebook who was training post collegiately and asked them to help train me so I could learn the 'secrets' from the throws guru he was training with in Kamloops, British Columbia.

I continued to crawl through this rabbit hole for the next decade and while it hasn't led to an Avengers level event I feel that this post could help you look back at the last decade of your own life and see how far you've come, where you've gone, who you've met and what you've learned.


3 months after contacting Rodhe and training with Bondarchuk's methods I had the third furthest throw in the country in the discus, I was an All-American, won conference awards and had quit football to train full time. I was on top of the world and throwing impressive marks in training. 9 months after that I suffered a hand injury and without a great support system/perspective of the situation I fell into a depression. I felt like a bitch complaining about it on my social media so I created a fake twitter account to vent my frustrations.

I'd grown up ravaging effortless throw.org, LongandStrong and MacThrows (https://throwholics.com/2014/0…changed-throwing-forever/) but as technology changed so did the ability to share throwing information. Throwholics was the next step in that evolution before Instagram became the monster that it is today. If you wanted positive, real information on a competition, athlete, coach or meet you got it from Throwholics.

I was able to connect with many great coaches and athletes for stories and articles from Lawrence Okoye monkey gripping the discus to the olympics, graduating from oxford and joining the 49ers to interviewing eventual friend and mentor Greg Watson when he and Amanda Bingson began the great American Women's Hammer

In 2012 Tom Pukstys held a USATF Meet across the street from my house in Naperville where I watched and recorded Sean Furrey's Olympic A standard (Sean Furey 6/9/12 Hits Olympic "A" Standard 82.75m 271' 6'' - YouTube) this meet would grow into the chicagolandthrows series that was instrumental in the USATF and NSAF development projects during that Olympic Cycle.

I got to meet and watch dozens of great throwers I had only read about in results sheets or had messaged through facebook. I sound old but before social media was what it is today it was a huge deal to get to meet these people and see them actually throw. I'd stand around and eavesdrop in on their coaches cueing them at meets and I'd tag along on the nights out following the competitions. I made some connections and after I moved to Michigan I was fortunate enough to leverage those relationships into bringing those funds from the Chicagoland series with me to Grand Rapids where I hosted USATF Discus meets and self-proclaimed them as the USA Indoor Discus National Championships.

In my mind and in my small world these meets became a big deal for a few years and throwers from around North America from Texas to Canada flew in to compete and learn and have a fun time. I'd selfishly like to say that since I began the Indoor Discus National Championships American Discus throw has boomed. I'd say half a dozen guys came to those meets with PRs under 60m and currently have PRs over 65m such as Alex Rose, Sam Mattis, Brian Williams, Reggie Jagers, Jason Harrell, John Bowman and Andrew Evans, off the top of my head along with several great women such as Rachel Dincoff, Becky Famurewa, Cici Onyekwere and Alex Morgan, just off the top of my head.


We did those clinics and competitions for about half a decade and that weekend we all spent together each season was literally the best weekend of the year, each year, for me. So many memories, sleepless nights and untellable stories; it was like a week of Christmas for me and I got to show all of my friends the best time in my home.


If you were a high school discus thrower in the midwest during that time you probably were contacted directly by me over phone, email or social media. I'd teach class from 8:00AM-11:00AM Tuesdays and Thursdays but Mondays and Wednesdays I was on the keyboard sending anybody who had access to the internet information about the clinic and competitions.

Hundreds of kids came over the years, I feel proud, personally to have putter a hammer/weight in the hand of many kids for the first time that would either end up loving it as a high school event or go on to throw it in college. That clinic and competition was special for me, I got to effect the sport at both the grassroots and most elite level at the same time. I don't know many other sports that could do what we did, I always joked if they tried to do it with football kids would end up in the hospital.

During this time I also got to become friends with a guy named Stephen in Indiana who made the first ever indoor Wammers for our competitions and in our final year he unleashed his prototype for his discus (Dominator Athletics - Home) , if it's anything like his weights and hammers America is going to continue to boom in the event the next decade.

My athletes would stick around and help shag those discs and wammers during the competitions, I had family make meals for the campers, my little vegetarian dad famously made 300 beef tacos the one year and obviously Rodhe, Dane and Donnelly were doing the meat of the work during the clinic; working with the kids and teaching the classrooms segments.

Donnelly came on a visit to Mount Union my junior year of college, after the weekend was over I told our coach he'd (donnelly) be a good fit for the team to which my head coach responded 'donnelly? (shit)I thought it was his teammate, what a waste of a visit'. He ended up being a pretty good thrower and one of my oldest friends.

I first saw Dane in the computer lab of mount union when he uploaded a special strength exercise for shot put to youtube ( Special Strength: Shot Put - YouTube), in those days I scoured the internet every day for content, and there wasn't a lot of it so I have to believe I was one of the very first viewers of garage strength. I used to get so frustrated going to youtube for weeks and not seeing any new content. Dane and Rodhe were training partners for a time and after Rodhe gave me his number we would communicate every now and then.

I invited him to Grand Rapids with his Gang and for some reason he showed up and gave a hell of a classroom session that I can only describe as a scene out of MTV's 'Scarred Straight'. It's been fun to see his program grow and develop over the past decade and to meet up with him across the country to whoop his ass at billiards.

Rodhe was the start of all of this for me though, he opened my mind to nonconventional training, he flew me out to Kamloops to coach him, I got to throw my carhart jacket next to Bondarchuk's communist fur coat, I got to watch hammer sessions from Derek Evely's balcony in the Canadian Mountains and I've woken up on the floor of the dorms in Chula Vista.


I have voicemails from Brian Oldfield forever saved to my phone and I've gotten to speak to the guy who invented the 'south africa(n)' discus drill. I got to spend weeks in Tucson bringing Rodhe's throwing career back to life after he gave me mine.

I spent months out in Manhattan, Kansas watching Watson Coach and I spent years in Ohio seeing Jud cast his magic. I've gotten to spend the last decade living my life like I had only read about on the internet as a kid and I don't know if I'm responsible for anything special but I've gotten to see a lot of cool things and as the decade closes out you should take a minute and think about where you were at in 2009, where you are now and how you got there and if you have the time you should write it out; so you can see it, so you can share it and so you can remember it. 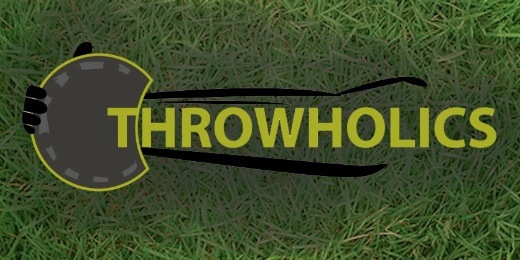