So here's what we've found in terms of how one qualifys for this summer's Olympic Games in Rio. The IAAF has decided that they will repeat 2015's two-standard system in 2016. So here's hoping the USATF does not muck-it-up again, but we're not holding our breath on that one. Let's us know what we've missed.

Here's the list as figured out by this guy. This page tries to provide a list of qualified athletes following the IAAF Qualification System for the Games of the XXXI Olympiad in Rio de Janeiro:
Road to Rio

Here's a screen shot of what we assume is the key text for throwers: 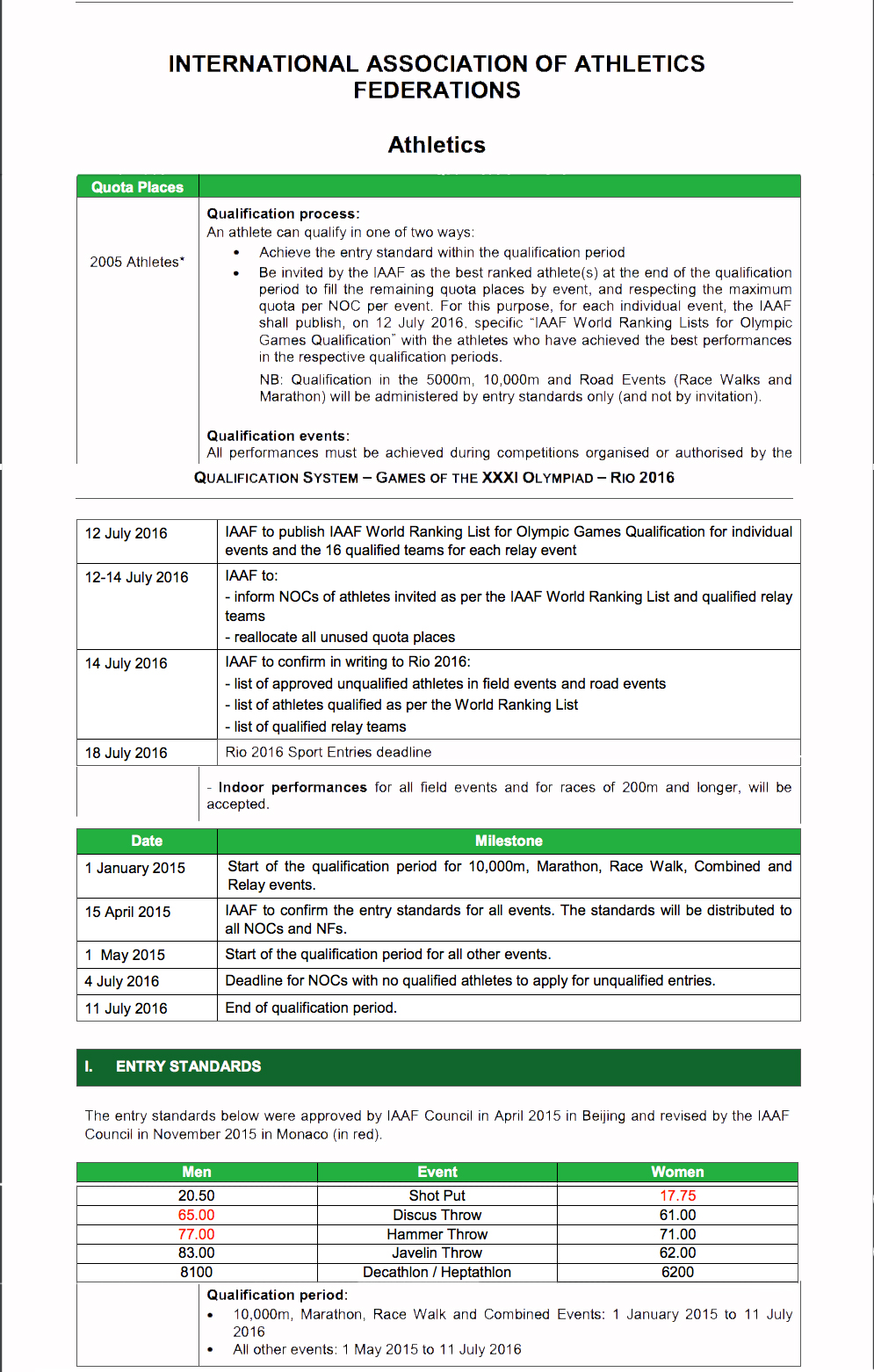 An athlete can qualify in one of two ways:

For this purpose, for each individual event, the IAAF shall publish, on 12 July 2016, specific IAAF World Ranking Lists for Olympic Games Qualification with the athletes who have achieved the best performances in the respective qualification periods.