[1] suspended, found guilty of boldenone doping due to the use of a dietary supplement, Novedex-XT from Gaspari nutrition.
[2] injured, treated with back surgery

Hi Norm, I am more than happy to share my preparation plans for this season.

My coach is my father and former hammer thrower (PB 63,66m/ 208' 10") Sandor Varga. We don't see each other too often since he is living in Hungary and I'm in Croatia. Mostly I train alone. It's really difficult but I've gotten used to it. I have been training only once a day, six times a week. It is difficult to find time to train along with coaching the throwing events for AK Dinamo in Zagreb and spending time with my wife Viktoria and two-year-old daughter Izabella. 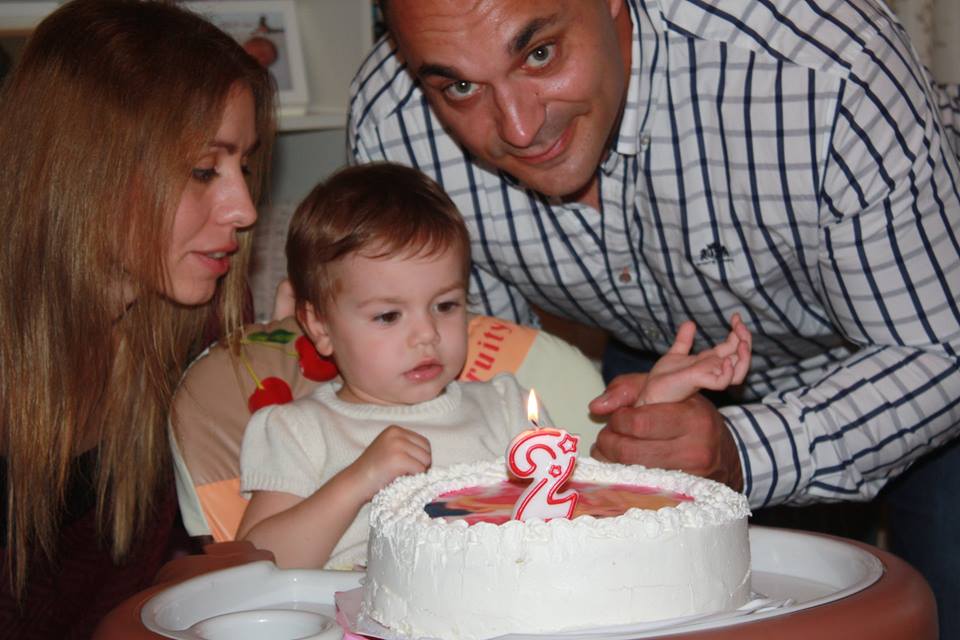 We have ten throwers on the AK Dinamo team. I have few good and talented athletes, hammer thrower, shot putter and even discus thrower who is preparing for Special Olympics.  Also, I am already thirty-eight years old, and I think one training session is enough.

We schedule three throwing sessions and two weight room sessions per week–on Monday and Friday I throw the discus and weighted bars on Wednesday. During the winter I throw heavy implements–2,25kg and 2,5kg and discii and 2,75kg and 3kg bars. In the weight room I do snatches,dead lifts, bench press and squats. Also, I do special strength trainings for discus twice a week. These are many different exercises for the shoulders, trunk and leg muscles. In the winter preparation I do jumps and running stairs. I switch this to vertical jumps and sprints in spring and during the competitive season.

In the winter we usually we going to training camp in Medulin, Croatia. Medulin is on the sea side of Croatia and there we have facilities for throwers really good. We starting the camping there from beginning on December. We plan to go there in January, March, May and July as well each camp for two weeks.

In Croatia if someone throw the standard for Olympic Games, automatically will be in the team. Even if do not have a standard but between the 32 in the World ranking.

For a discus thrower always have to work on his technique, strength or speed. But mostly on technique where is always something can be improved. But for next season mostly I wish to improve my flexibility what is hard job for old throwers. I'm 1,95m (6' 4¾") tall and weigh 123kg (270 lbs), I think this is optimal weight for me.

I wish to open my season 2016 in middle of May. I wish to have 10-12 competitions till middle of July. After those competitions want to make a smaller basic preparation for European Championships and Olympic Games.

I think will be open and interesting final in Rio. For medal can fight many discus throwers. Robert Harting always can be one of them. But there is Piotr Malachowski, young talent Milanov, Robert Urbanek,Gerd Kanter, Zoltan Kovago and I think the jamaican guy Decres can make a surprise there. I hope I will be able to compete with them and make final in my last big competition!
I hope my informations will be enough! But if you have any more questions just let me know. Thank you for asking me, I am glad to answering for a thing what I love and living for!