The second day of the NACAC Championship was really filled with emotions.

During today's session we were able to enjoy great throws on three different events: Women's Hammer Throw, Women's Shot Put and Men's Javelin Throw. The competition took place during the afternoon and it had surprises for everyone.

The first event was the Hammer for the ladies. There were three athletes that had reached the 72 meters mark during the 2015 season, Amber Campbell, Deanna Price and Yirisleydis Ford.  Amber took the lead in the first throw and she was able to improve on round 2 and 3 to get the title for USA with a competition record of 72.41. The previous record belong to Jessica Cosby, USA with 65.15m 7/13/2007.

Then we had the opportunity to enjoy the Shot Put. The competition took place with only 5 competitors, where one of them was a bronze medalist on the Daegu World Championship.

During this tournament we were absolutely impressed with Jill's rotational technique, she was dancing on the circle with excellent rhythm and she was able to find her best throw in the fourth round with 18.62 m, very close from her SB 18.71 m  in  Hayward Field. With that throw she also set a New Record of the NCAC Championship, the previous one was held by Cleopatra Borel-Brown, TTO with 17.53m 7/13/2007.

The third event was the Men's Javelin Throw but unfortunately the event was put on hold because of a heavy rain that was covering San Jose at the end of the afternoon. They had already covered three rounds of throws, and the rest of them will be completed  tomorrow at 2 pm Costa Rica time.  The current leader is Guillemro Martinez who broke the Competition record with a throw of 78 mts, We will keep you updated with the results tomorrow at the end of the Championship. 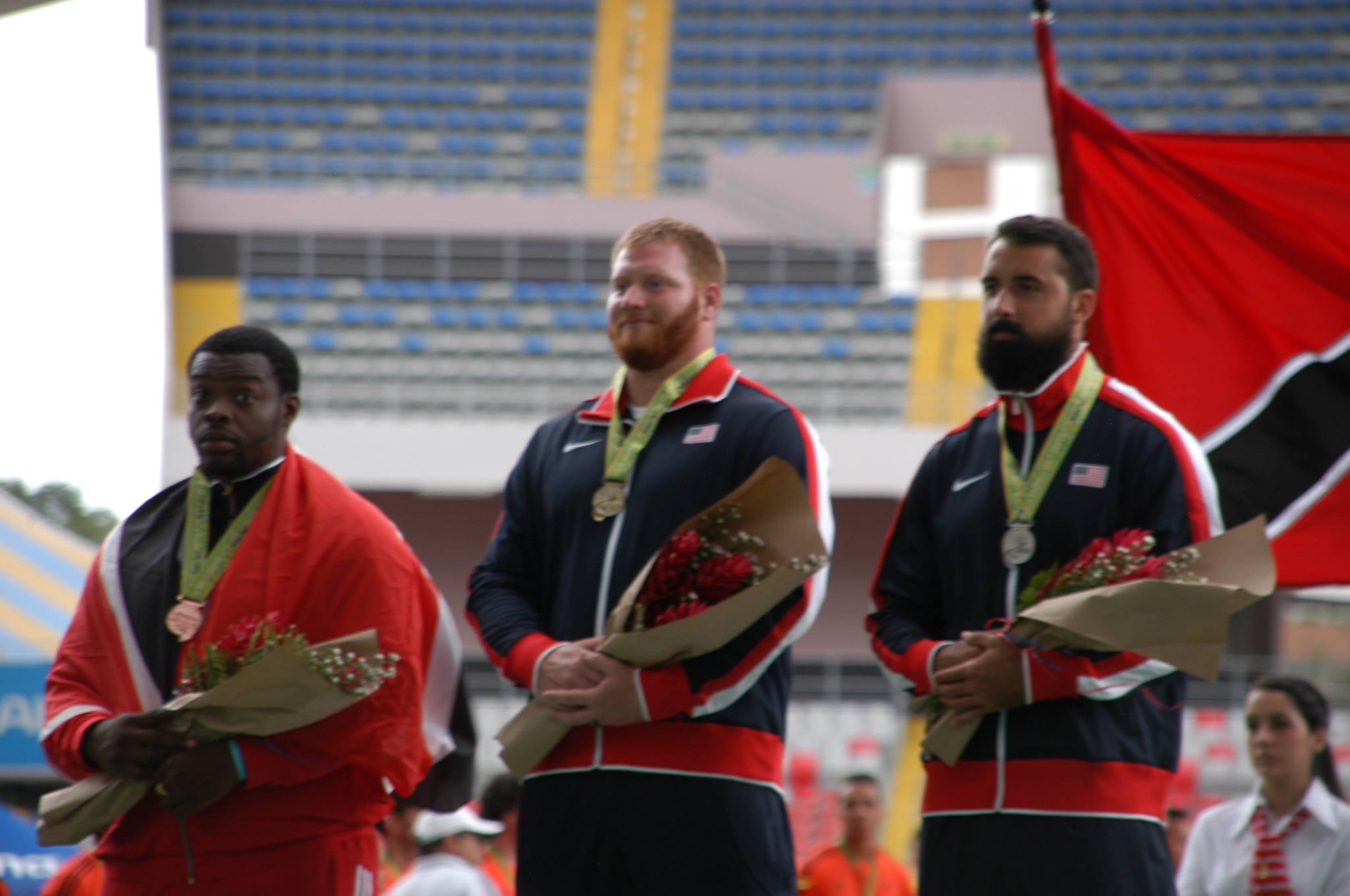