In the following sequence of articles I will give you ten technical tips that will help you become a better discus thrower. I've written them as tips so they are simple and user friendly. Please remember, these tips are based on my experiences in track and field and shall not be understood as a fact or the only way to do it.

I used to have this rather weird movement with my head :) I threw the discus while watching the sky (UFOs, birds, couple of drones here and there...). I was always puzzled about the instability of my flight (read: trajectory), mostly the discus flew too high resulting in early landing. I also felt weak at the end. Benching 125 kg doesn´t seem like the Hulk, anyways but that was not the case.

I used to be coached by Vésteinn Hafsteinsson, in my opinion one of the best throwing coaches; we did a lot of throwing analysis. So, at one point he laid out my problem. "Keep your head down!" So I did a lot of drills (I mean A LOT), just rotating on lawn while trying to keep my head at normal level, looking at the horizon. It might have looked rather strange to someone passing by, fortunately I wasn't put away :)

Muscle memory is a great option that we "come" with so usually repeating single movement many times we could automatize it.

After I got it right, I felt I was actually throwing the discus.  As we all know, losing speed equals losing power as Power = Speed x Force. An improper throwing position makes you lose power. How fast can you run when you're looking at the sky? You don´t run like that, neither should you throw like that. See? There is a connection between running and discus throwing. We learn more about it in further articles.

The correct head position is instinctual. I still have no idea how I started doing it the wrong way. 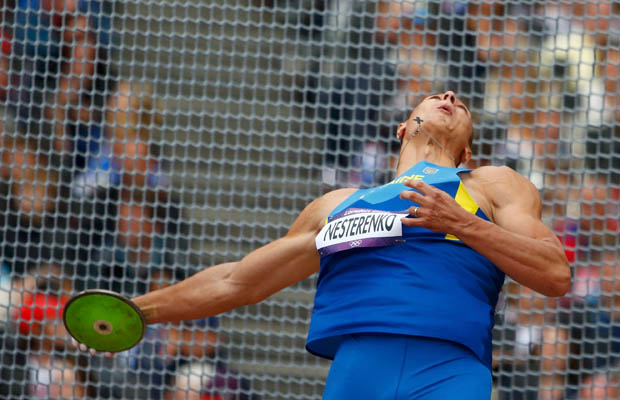 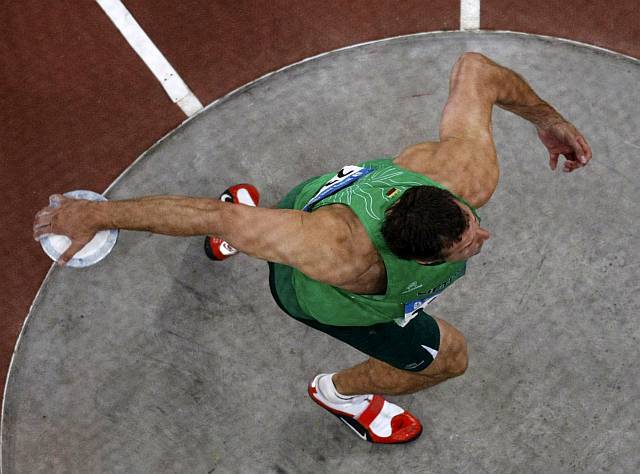 You don´t see his face from your private chopper so he is doing it right :)[/caption]