Sort
Mark All as Read

Indian Javelin throwers back training for 2021!

Javelin throwers including the likes of Neeraj Chopra, Shivraj Singh, Annu Rani, Rohit Yadav and Rajinder Singh have started a month long training camp in Bhubaneswar.
This is the first time they have all been training together since the Covid19 Lock down.
While under the watchful eyes of the legend himself Uwe Hon

A Decade in Review, From Sean Denard

10 years ago I was at a small division III school in Ohio, on the football team, and without a coach for the throws. On a whim I reached out to an alum on facebook who was training post collegiately and asked them to help train me so I could learn the 'secrets' from the throws guru he was training with in Kamloops, British Columbia.
I continued to crawl through this rabbit hole for the next decade and while it hasn't led to an Avengers level event I feel that this post could help you look back…
sean
Dec 20th 2019
0
Reading time: 8 Minutes Dear throwers.
I had the privilege of reviewing the brand new Aero Ghost javelin from Spearwerx.

About Spearwerx
Born out of the absolute passion for athletics and track and field, SPEARWERX started as your traditional “garage startup”. Our first javelins were made simply to supply a need for our owner to have javelins to train with.
After Intensive research into metallurgy, aerodynamics, manufacturing processes and consultations with the world’s best javelin designer soon followed. The… 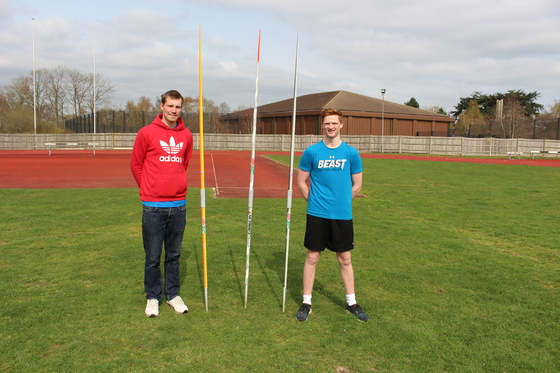 This review will be text-based along with a video of the javelin in action.
I will also be adding opinions of not only myself but of various throwers and gathering their feedback writing about the overall opinion of the javelin., Please remember when reading this, that this is all opinion based. 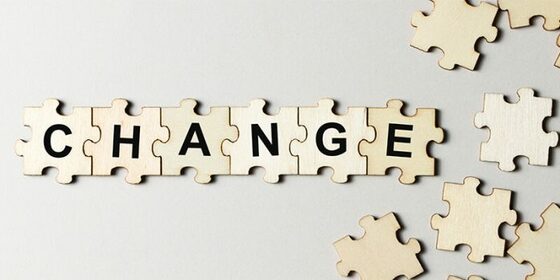 It is 2019 and there hasn't even been one article.

Throwholics is going through change, to put it bluntly, some of the team are buy with other endeavours, work, school, sports family.

it happens, I'm personally going to make it my job to see Throwholics change with the times, at the same time as having a website page I want to make it more of a community than it ever has been. A place to actually chat and communicate. and of course share.

social media as we know if the centre of our… 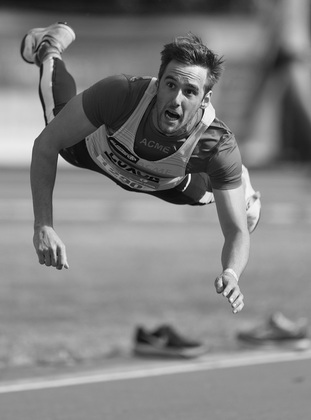 Timothy Herman is a Belgium Javelin thrower with a Personal best throw of 79.41 set this year in Sint-Niklass, He is the grandson of the late athlete Frans Herman, in 2011 he moved to AC Meetjesland , where he is trained by Luc Van Maldegem.
In 2011 Herman won the javelin at the FBK Games in Hengelo and he became third in the Belgian championships in all categories in Brussels . A year later he finished one step higher at the same championships . In 2012 he won the… 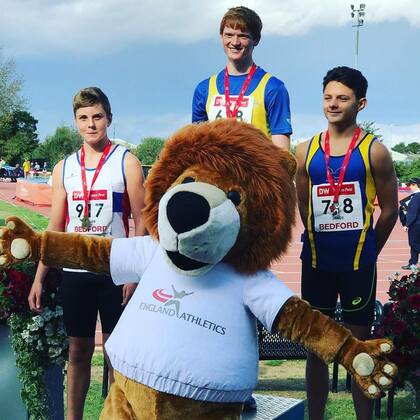 Javelin Thrower from Berkshire breaks his own British record for the third time!

Ben East from Hungerford, UK competed at Bedford international stadium this weekend at the national championships, this was his first time at the competition, and what a way to remember it, he was throwing in the U15 Javelin competition where he broke his old record of 66.95 which he achieved at the English schools competition in Birmingham, but this time he passed the record with a throw of 67.04 which he throwed… 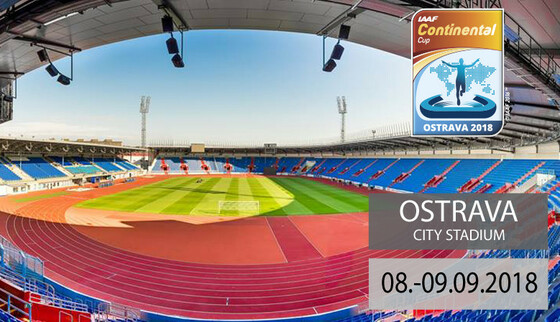 Americas Throwers announced for the 2018 Cup Ostrava that are to be held on 8-9 September.

To keep this simple and Straight to the point, the following athletes have been selected. 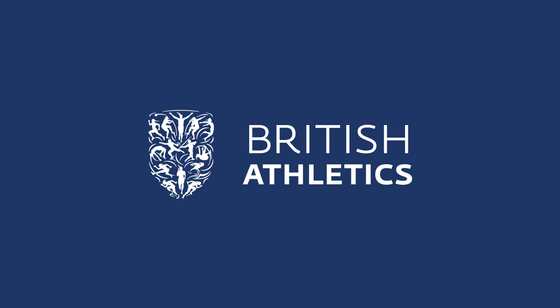 Congratulations to all throwers that were picked! 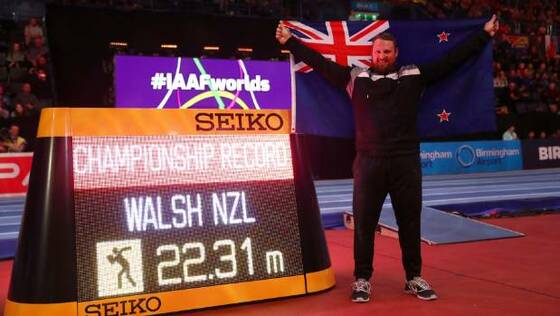 Tom Walsh has won the World Indoor Championships shot put final, The Kiwi thrower threw 22.13m twice in competition and then he threw his winning throw of 22.31m to set a championship record a record that hasn't been beaten in 31 years, he also achieved a brand new New Zealand record.

it was truly a battle on Saturday in Birmingham England with seven athletes throwing over 21m in the competition, the most ever for an indoor shot put competition so far.

Walsh has a personal bet with his coach… 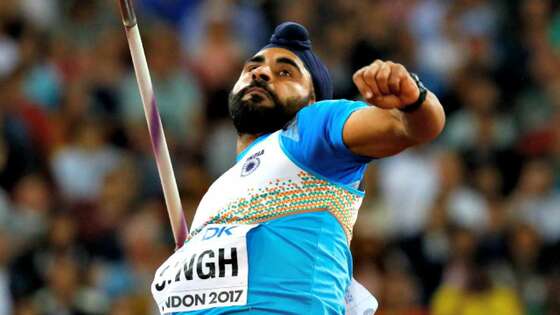 Davinder Singh Kang has been provisionally suspended by the world athletics governing body after he returned positive for a steroid/s in an out-of-competition test last week. the 29 year old thrower now faces a possible 4 year ban. it was only last year that Davinder tested positive for Marijuana. Kang took part in the 2017 World championships in London, while under the training from the Legendry thrower Uwe Hohn while he was training for the commonwealth games and Asian games. 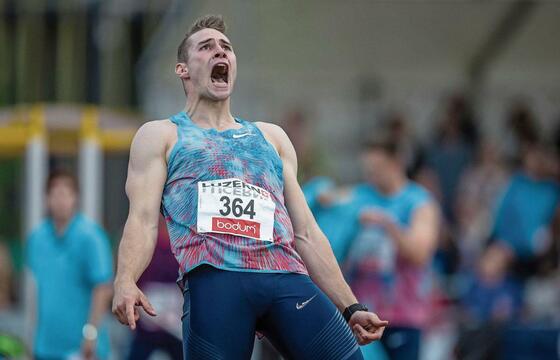 The 2017 World Champion, The second best javelin thrower with the current model of all time, 94.44m thrower, Team Germany's own Johannes Vetter Competing in only his 2nd competition of this year, unleased a monstrous throw of 91.22 in Potchefstroom South Africa today.

Johannes Vetter is known throughout the throwing community as the second best javelin thrower holding a personal best throw of 94.44, that he achieved in Luzern in July 2017. The 24 year old thrower is a future legendary… 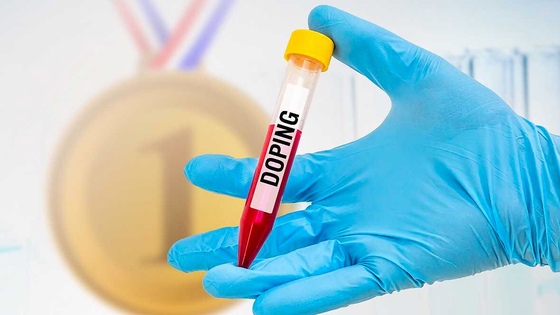 On Tuesday 27/02.2018, as the official start list of the men’s javelin was issued for the Indian Grand Prix, the name of the athlete was scratched out. The men’s javelin throw results Neeraj Chopra(82.88m). Vipin Kasana (80.04) and Amit Kumar 77.33) came second and third respectively.

The athlete in mention had last year failed a dope test but was allowed to compete because the substance did not attract a provisional suspension. The athlete has been part of the national camp and was training… 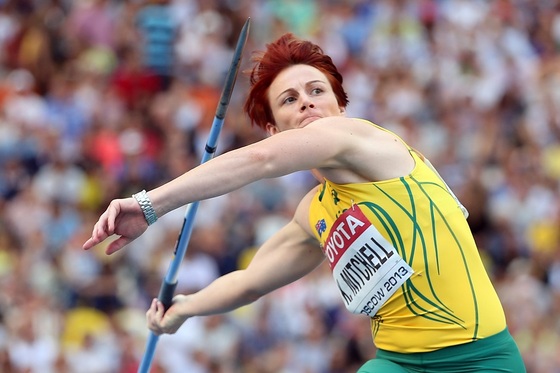 Just days after the news that Jarrod Bannister had passed away, news that shocked the throwing community, Kathryn Mitchell breaks the Australian women’s javelin record with an amazing throw of 67.58!

It was  an emotional throw at Ringwood cement her name at the top of the record books, just days after the tragic death of men’s champion Jarrod Bannister in Holland on Friday. they both shared the same javelin coach Uwe Hohn the only man to throw over 100m


“To be honest it has 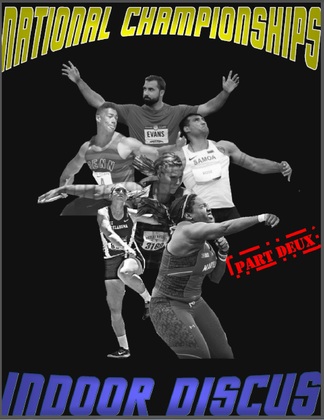 This is long but good, you should read everything.

A few days have passed since one of the best weekends of my life every year; Starting at 3:00 On Friday, December 15th and ending Monday night, the 18th, I slept for about 6 total hours as I lay host to 150 of America's best and most dedicated athletes from world class to novice level.

While in years past the clinic had been Big, this is the year that certain things became traditions and new things created their own folds on the weekend; from…
sean
Dec 19th 2017
0
Reading time: 17 Minutes 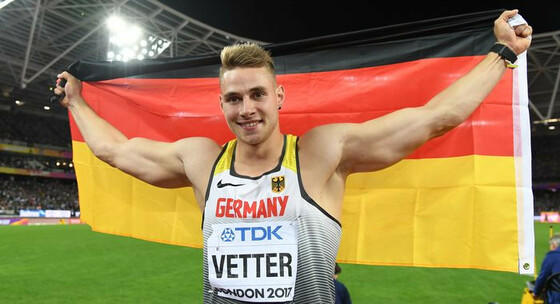 Johannes Vetter is the 2017 Men's Javelin World Champion, Winning with a throw of 89.89, Johannes Vetter also holds a personal best throw of 94.44 that he achieved in Luzern back in July 2017 ranking him #2 in the all time list.

Below are the question put forward to Johannes.

How do you feel your season has gone?
"It was an awesome season for me! German record, second best throw so far and the gold medal at the world champs. Could be tough to make this better in the future. ;)" 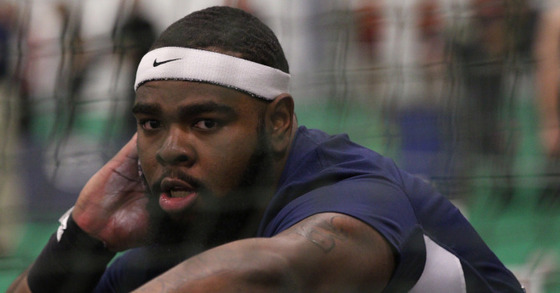 Darrell Hill, the 2017 Diamond League Champion, joins The Athletic Experience Podcast for Episode 042! With his Diamond League victory, Darrell Hill moves to 13th ALL TIME, ahead of athletes like John Godina, Ryan Whiting and Reese Hoffa. In this episode Darrell Hill chats about his training partners, training regimen, high school triple jumping, future plans and how far he could throw the women's shot put. If you weren't already a Darrell Hill fan, you will be after this episode. Enjoy the… 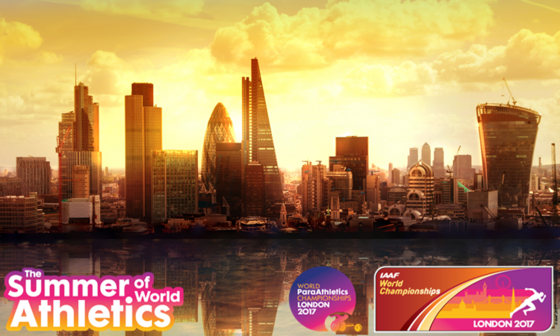 IAAF World Championships 2017 DAY 1 Round up.

August 04 2017 saw the first day of the IAAF 2017 world championships taking place in the Olympic stadium in London, and the field events where off to a flying start with the Men's Discus qualification round with Piotr Malachowski , Robert Harting, Daniel Stahl & Gerd Kanter in the spotlight to not only go straight though to the final but to battle it out for the world champion title, after a tough competition in both Group A & B the final standings for both qualification rounds came down to… 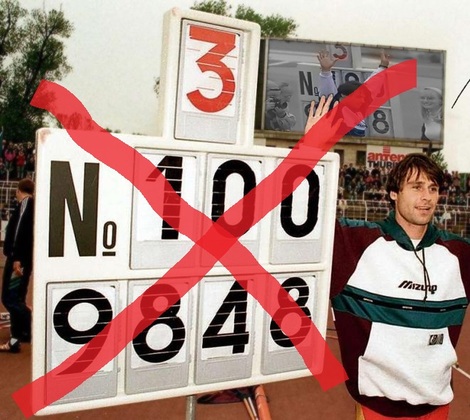 A new rule proposed by the IAAF World records set before 2005 to be made un-official!

Before you start reading, I'm sure some of you will agree and disagree with what I have said, but article is to spark discussion. But if you do disagree, please do not hate on the article.

A new rule proposed by the International Association of Athletics Federation (IAAF) that could result in any Athletes (In this case throwing related World record holders) being stripped of their respective world records in track and field, this is according to Sean Ingle of The Guardian.